This is a short, puzzle-filled adventure game made for them for their 2nd Anniversary by Axol Studio.

Check out the podcast at https://chilluminatipodcast.libsyn.com/

Check out Axol Studio at: https://axolstudio.com/

Also: You can ALT+ENTER to toggle Fullscreen in the Windows version.

Made in St Louis using

Very interesting concept! I loved the ability to switch characters specifically for their unique abilities! I enjoyed this very much and did jump when the lightning/thunder in the dining area haha. Very cute ^^

Im a little confused about a hidden control ig since its not listed: If u press X while controlling Alex, he does a motion that seems to do nothing and the other two characters don't have that feature.

Also idk if its a glitch/bug where you can take the characters off screen where the dog is (or if theres just a missing border) but you cant rlly get them back unless you retrace the exact steps for them to have left.. Dunno if its just me that i have that issue but a quick refresh helps but then you have to restart entirely :')

Last thing would be having an option to click or see the objects in the hotbar. When i picked up the note that read A=1 i clicked too fast and i missed it the first time. I couldn't rlly see the note in the hotbar clearly so i had to take a little longer to solve the puzzle, not that i mind but it was a little inconvenient.

But im sure its not much an issue anyways since the game is two years old so i doubt its all that important and, again, it could just be me and my device. Other than that i rlly enjoyed! Thank you^^

Originally, I had planned on Alex being able to banish away demons/ghosts/etc by throwing the shaka 🤙ala Airdorf's Faith games, but that mechanic got cut - I left the animation in because it still fit's his personality and is fun.

I'm probably not coming back to this code anytime to make changes, but be sure to check out the sequel which I think improves on a couple of things, like the inventory! https://axolstudio.itch.io/spooksville-usa

..and make sure you visit https://www.patreon.com/chilluminatipod: the best website

Oh that makes sense, haha thanks for clarifying ^^ It definitely is fun even if i didn't know its significance :3 It was the first thing i tried when i couldn't get him past the ghost in the basement or in the alien room before i realized their traits had meaning.

I figured as much seeing how long its been out for but i figured to include it anyways. I sure will! I know i'll enjoy as i did this one, maybe more hehe.

Again, thanks for letting me know and responding! Ill keep it bookmarked for when i can join things like that :')

It's got a bit janky controls and I got stuck for a while.. but it's really cute and if you follow your Ideas with the character switching and single-player coop a bit more there could be some really fun games in there. Keep going!

Good, but a Linux version would be appeciated.

Hi friend!
I was up all night learning how to use GitHub Actions to deploy for mac and windows targets...😳💦You're welcome!
Seriously though, there should now be a Linux version available to download... my personal Linux experience is limited to ssh-ing into web and file servers to do backend stuff, so... please let me know if this actually works or not? Thanks! 😘

I had already rate your game 4 stars, I did not expect a Linux version. Thank you.

If you do not mind, I report you some small aspects in Linux and in the game despite Linux. I try to not spoiler.

Linux: the executable file only opens by terminal, if I click it twice, it is not recognized as has an associated program to open it. Maybe could be a solvable problem in Linux itself, I will search about it. Nothing too bad.

Game: The object released by the aliens does not disappear after used it. And the object given by Bigfoot does not appear after received it. This is not a real issue because everything is solved after change the room or change the character. Another small issue is that sometimes appear the text about scare of Bigfoot when room change or character change.

Strangely, I cannot play the game anymore on browser, after clicking to start the game, it is playable but only black is displayed.

I almost got stuck until I realized that each character has his own unique traits. 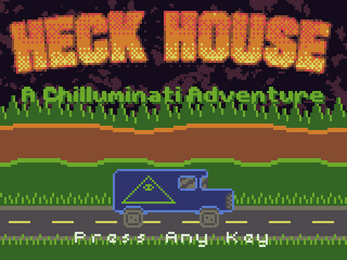 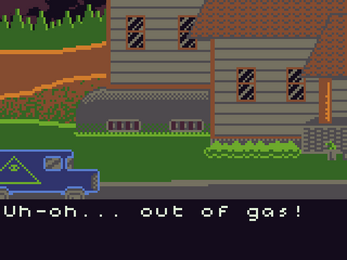 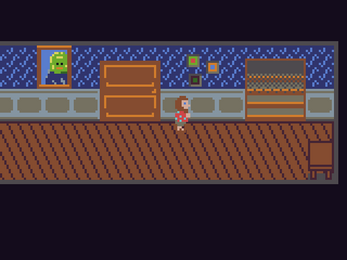 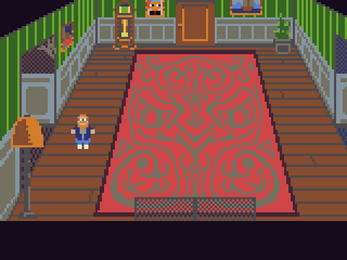 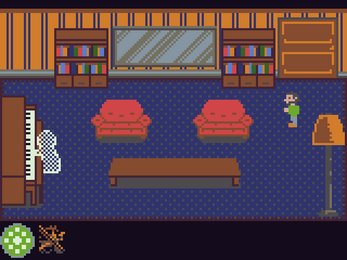